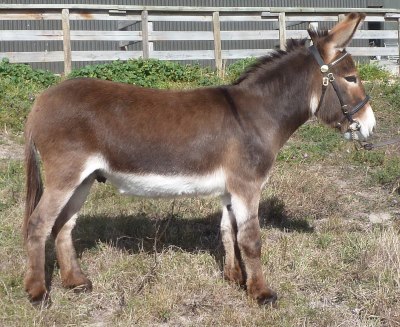 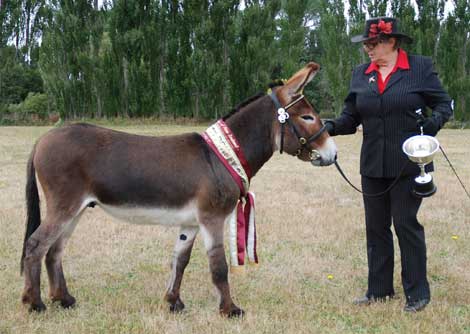 Fergie was purchased with the thought in mind of introducing some new bloodlines into our Irish donkey breeding program.
We had been looking for sometime for a new jack that would retain the lovely temperament and qualities of our little Irish donkeys, without losing that cute traditional type of the Spanish Point bloodlines we have. photo Lea Hullett
So far we are very pleased with the way Fergie is maturing. He has the most wonderful, friendly temperament and is free moving with a great length of stride for a small donkey. Fergie has excelled in the show ring A&P show. We are now looking foreword to seeing if Fergie is going to excel as a quality breeding jack in the future. 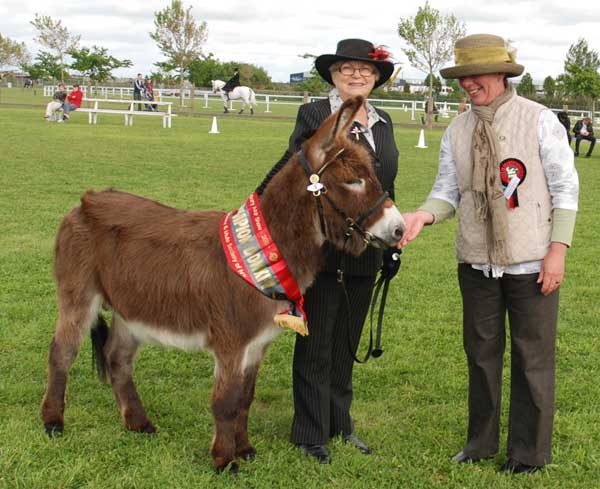 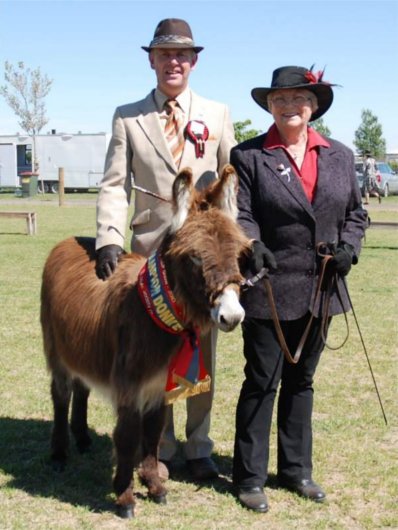 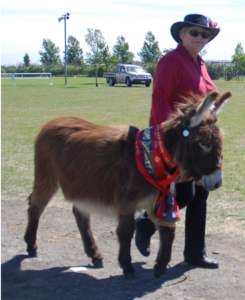 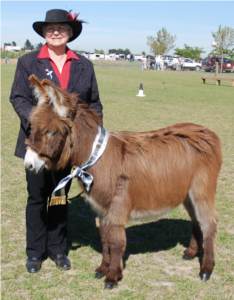 Photos from the Christchurch Show 2010 where Ferguson was awarded Supreme Champion of the Donkey section. Photos Lea Hullett