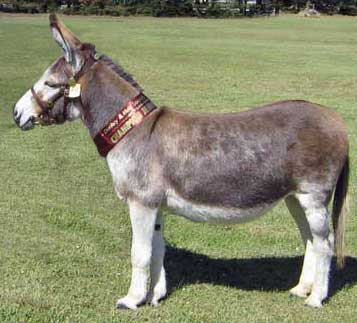 Jack, DOB 13/11/09
sire: Arcadia Pinnochio
Rafferty is Moira's fourth foal and all have been born in the daylight, which was just as well this time around, as she decided to have him down a very steep bank, amongst the trees! Margaret Salkeld (Moira's Carer) said ‘I was so grateful that Art was here, as he caught Rafferty as he arrived into the world and was then able to lift him up the bank to the safety of flat land. Moira remained composed throughout proceedings! She's such a relaxed mum.
Rafferty is growing into a lovely little donkey, with his mum's gentle nature and his dad's great temperament.’